While visiting in the home of some church friends, Mr C was enjoying some friendly banter with the husband. Mr. D.R., a former Marine, is pretty close to slick on top and Mr C was really interested in his head. At one point, he said "Your hair is skinny on top." That was a funny way to put it, but I guess it's kinda accurate!
Upon leaving, was worried we might not be invited back again. "Maybe we should invite them over. That would be appropriate, don't you think Mama?"
Posted by Cupcake Mama at 11:34 AM No comments:

I really need to get back in to this blogging thing. Wow - almost two months since my last post! Today was the first day of summer vacation. It's a little bittersweet because Mr. C will be starting kindergarten in the fall. Because of that, I want the summer to stretch out but I know that instead August will come rushing up to me.
But enough of that sappy stuff - on to welcoming summer! 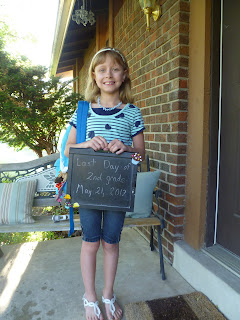 A few months ago, I bought a Groupon for a one half hour carriage ride around the base of the Arch. Today's weather was perfect for the outing. A mild 78 degrees, with sun and a slight breeze. Add two silly children and an "aunt" and the day was complete! 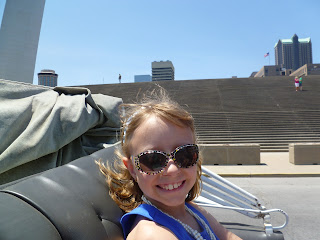 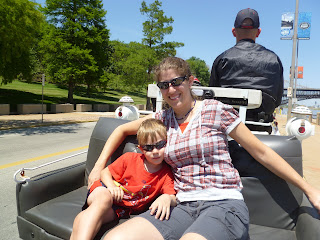 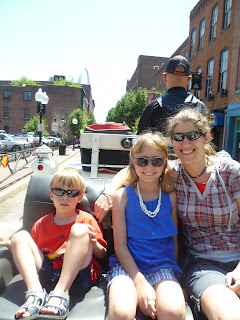 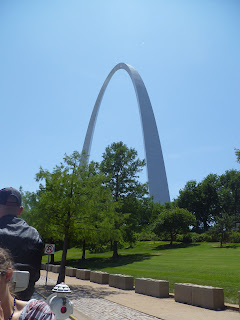 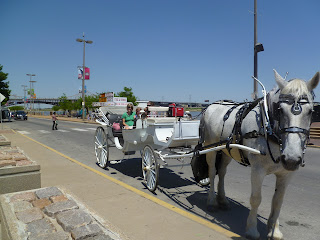 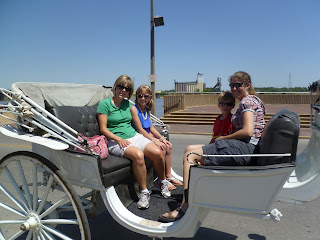 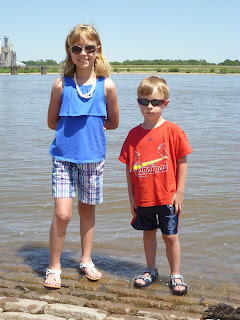 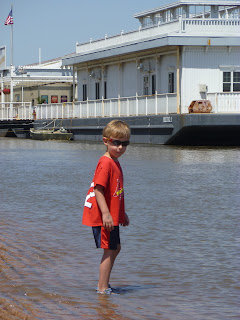 I think Mr. C's favorite part was sitting on the banks of the river and throwing driftwood in! We also enjoyed watching a few boats on the water and the tour helicopter as well. A stop by Jilly's Cupcakes for an afternoon sugar rush and the day one of summer was pretty much in the books.
Posted by Cupcake Mama at 8:26 PM No comments: