From this scary beginning... 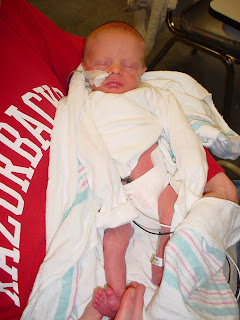 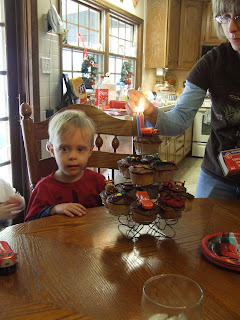 Mr C LOVES anything related to Lightening McQueen (as do his little buddies), which made his party theme this year a no-brainer. It was made even better when I found some cake toppers, paper goods, favors and more at a super low clearance price back in the summer.
Since his birthday is January 3, you will notice I still have Christmas stuff up in some of the pics. And yes, my kitchen is STILL not finished from the wallpaper removal/skimcoating/painting job we started back in the fall. Just ignore it; apparently, I am getting pretty good at doing that myself! 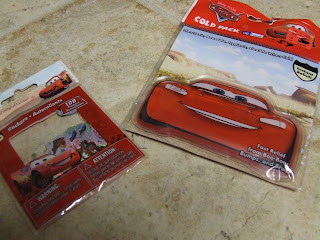 I found these stickers are the Dollar Tree and the cold pack at Goodwill for 59 cents....marked down from the Target price of $2.99. We used an extra pack of stickers to make the invitations and thank you notes. (I HATE those little plastic, trinket items some people give as favors. If you are going to give favors, make it something useful and/or consumable please!)
The party was on New Year's Day and we invited two other families. A meal of hotdogs and chili came before the fun cupcakes. It was a houseful, but a great day of celebrating Mr. C with some special friends. 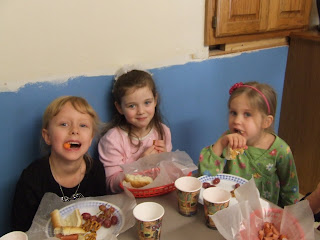 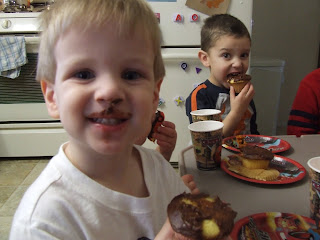 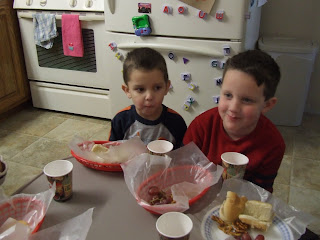 These guys are moving when school is out...we will miss the entire family. 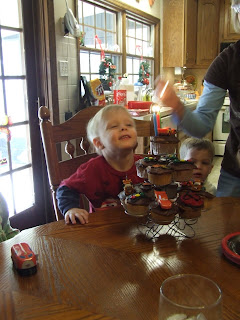 Decorating the cupcakes turned into a family affair... 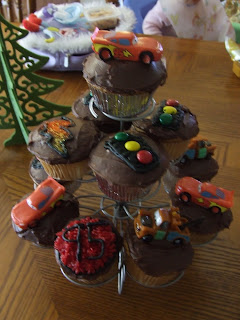