Anyone who knows my children in real life probably has seen them sporting a tattoo at least once. They both "wash around" their tattoos so that they last for WEEKS people! So long in fact, that our pastor once asked if they ever took a bath because Miss M had the same tattoo for at least two Sunday mornings in a row. I digress...back to the reason for this post....doesn't this look like a fun project? 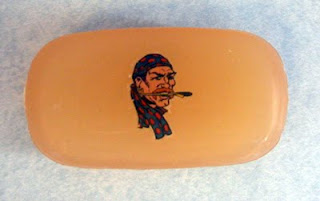 I just happened upon this fun little blog called Dollar Store Crafts and she has some fun ideas! I think Miss M and I will try the tutorial and give it a test run for a craft at her kindergarten fall party later this month. (I am the room mother...) If it proves too hard for the class, we could always make them ahead of time as a favor...better than just giving them more candy, don't you think? We'll let you know how they turn out!
Posted by Cupcake Mama at 10:53 PM